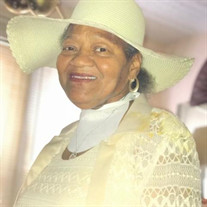 Charlotte Dorine Howard, born March 28, 1950, left this world November 14, 2019, comfortably at home. She is pre-deceased by her Grandparents, Hector Benjamin Jenkins and Charlotte Lavenia Jenkins, her Parents , Washington Howard Sr. And Edna Bernice Howard, her Brothers Donald, Leroy, Washington, Willie, Hector and Curtis. Dorine, as she affectionately called, by family and friends, is survived by her son Darrel B. Howard Sr. and daughter L. Rasheda E.L.Howard, 7 grandsons, 9 granddaughters and 14 great grandchildren. Dorine, was born and raised in, Chester, Pa. She graduated from, Chester High in 1968. After high school, Dorine, was employed as an Operating Room Technician from 1969 tile 1972 after which, she, maintained various jobs while attending, Cheyney University, seeking a degree in Mathematics. Dorine ended her employment at, Fair Acres Nursing Home as a Housekeeper. Dorine, loved reading a good novel, solving crossword puzzles, crocheting, knitting and cooking. In fact a party wasn't a party without her homemade chicken or pork, Yat Gaw Mein. And family dinners will never be the same without her pig feet and collard greens. Dorine, always had an intimate relationship with the lord, as a youth she attended, St Luke's Christian Community Church, with her mother and grandmother, then in 1978, she joined St Mary's Episcopal Church, and was still an active member at the time of her passing. The children at St Mary's affectionately called, Dorine, 'The Lollipop Lady', as she would always have some sort of treat in her purse at Sunday service. Many things can be said about, Dorine, and her character. She was very avid about family and family gatherings, family was always first! Dorine was also a sports fan, a home team fan.....the Sixers, the Phillies, but when it came to the Philadelphia Eagles, win, lose, or draw she would chant E. A. G. L. E. S. EAGLES!!!!!! All day, and Lord help you if you were a fan of the opposing team and we loss! Mess around and get shown the door lol. I'll tell you this, when, Charlotte Dorine Howard, got her wings she was singing 'FLY EAGLES FLY ON THE ROAD TO VICTORY'. Dorine, was a fighter and she fought a long hard battle, beating cancer 3 times. When it hit her low her spirits were high, and she fought to the very end! And now she is on the road to victory soaring high! In Lieu of flowers please donate to the SPCA and the Cancer Society.

The family of Charlotte D Howard created this Life Tributes page to make it easy to share your memories.