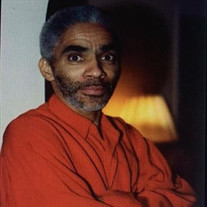 James Smith and Lillie Mae Wells were young ‘lovestruck’ teenagers when they met and gave birth to their beautiful baby boy, Carlton. He was born, September 19, 1943, assisted by midwife, Annie English. He lived in Enfield, North Carolina, a small town known for tobacco and peanuts. Carlton's father joined the navy, moved to St. Louis, Missouri and married Loretta Morton. James and Loretta Morton Smith had six children. Carlton's paternal siblings are, Gloria Smith Anderson (deceased), Loretta Smith, Renee Smith Gool, Elaine Smith Laura, Denise Smith Lockette (deceased), and James Ezra Smith, Jr. (deceased). Carlton's mother, Lillie Mae Wells, moved to Chester, Pennsylvania and married Charles Simms. Charles and Lillie Mae Wells Simms, had four children. Carlton's maternal siblings are, Marva Simms Lee Bowman, Charles Wesley Simms, Rhoda Lynn Simms Majors, and James Luther Simms. Carlton was raised by his grandmother and grandfather, Luther Wells and Savannah Cofield Wells. His family moved from Enfield, North Carolina, in 1946, to Race Street, Upland, Pennsylvania, near the historic Kaleb Pusey homes. Carlton attended The Mansion School and Main Street Elementary in Upland. His grandparents and mother nurtured his Christian values and during his youth, Carlton joined Temple Baptist Church in Chester, Pennsylvania. Under the pastorage of Reverend Jeremiah W. Witherspoon, Carlton was an active member and participated in Sunday School, Boy Scouts and the Youth Choir. Carlton left Enfield, North Carolina, at the age of three and spent each summer, during his school years, with his paternal family, the Smiths. He loved the allure of the South—farming and frolicking in the fields and riding horses bareback. He looked forward to feasting on fresh eggs and ham smothered in redeye gravy served with homemade biscuits. More importantly, he appreciated spending time with his aunts, uncles, cousins and his favorite Uncle Pete. Equally so, he cherished his family and city life in the North, especially Christmas breakfast with his mother, stepfather and siblings. In addition, time spent with Aunt Lucille and Uncle Louis was always festive. Each occasion was like Thanksgiving complete with love and fellowship. Carlton’s family moved to Chester, Pennsylvania, in the late 1950s. He attended Douglass Jr High School and earned his high school diploma from Chester High. As an avid athlete and a long-distance runner, Carlton set many records. Upon graduation, Carlton enlisted in the United States Marine Corp. He and a group of classmates from Chester High, Richard Walker, Willie Townes, Winston Hicks and Jesse Shaw, went through boot camp training at Parris Island, South Carolina. Carlton always joked that after being raised by his grandmother, boot camp was a breeze. Carlton's most treasured memories are centered around his tour of duty in the US Marine Corp. He loved sharing stories of his conquests. Like the time he was asked to beg for permission to return to his squadron and he insisted that marines do not beg and was eventually let back in with the troops in his platoon because of his stance. Carlton loved the cadence of the forced military marches and drills. In addition, he enjoyed Okinawa, Japan and the Philippines Islands. Memorable were his long-distance runs and waving to the women working in the rice paddy fields. Carlton was Honorably Discharged from the Marine Corp ranked Sergeant E5 with the following decorations: National Defense Service Medal, Good Conduct Medal and Armed Forces Expeditionary Medal. Carlton was later retired from the Marine Corp with a service connected disability. Carlton graduated from Chester High School in 1962. He used the Military GI Bill to earn an Associate in Applied Science Degree from Community College of Philadelphia, a Bachelor of Arts Degree and a Master of Education Degree from Antioch University. Carlton was employed by Elwyn for several years where he worked with challenged youth. The majority of his career was spent working for Pennsylvania Hospital, Philadelphia, Pennsylvania. He served as a Psychiatric Clinician and the Director of the Southeast Asian Case Management Program upon retirement after 31 years. Carlton met Joyce Payne during the summer of 1970, 50 years ago. He and Joyce married, March 16, 1974. Four years later, Carlton and Joyce gave birth to their son, Joffre Carlton, who was born, January 19,1978. Joffre shares daughters, Ryan Joyce Wells and Symphonie-Monet Blalock with Yohna Serene Adams. In addition, Carlton has two adult god children, MacArthur Hollis, Jr. and Staff Sergeant, Janay Angelique Dumas-Cook. For peace of mind, Carlton meditated, read all types of literature, and indulged himself in old cowboy movies routinely and faithfully. He was a quiet, introspective, intellectual man with a wonderful sense of humor. Over the years, he shared what has become his Cardinal Rules of Life—they are:  Hold what you've got. o Be content—the grass isn’t always greener on the other side.  All you need is a handful. o Don’t be greedy.  You can't ride two horses with one behind. o Don’t cheat. Do one thing well rather than many things poorly.  Keep it in neutral. o Don’t have unrealistic expectations or over anticipate.  It's always something but it could be worse.  Stay alert. o Be attuned to your environment and be engaged, present and aware.  Wait broke the wagon. o Don’t procrastinate.  Hurry up and wait.  The closer you get to someone the more you learn what is displeasing about them. o Don’t scrutinize every minute detail about a person otherwise you’ll find fault with many things. Carlton had a unique personality. He had a great mind that was planful, thoughtful and caring. He channeled his obstacles meditatively with courage, strength, fortitude and conviction. He was extremely strong willed—mind, body and spirit. Carlton walked his last mile—solo, Sunday, September 6, 2020… ~ To God Be the Glory ~

James Smith and Lillie Mae Wells were young &#8216;lovestruck&#8217; teenagers when they met and gave birth to their beautiful baby boy, Carlton. He was born, September 19, 1943, assisted by midwife, Annie English. He lived in Enfield, North... View Obituary & Service Information

The family of Carleton Wells created this Life Tributes page to make it easy to share your memories.

Send flowers to the Wells family.